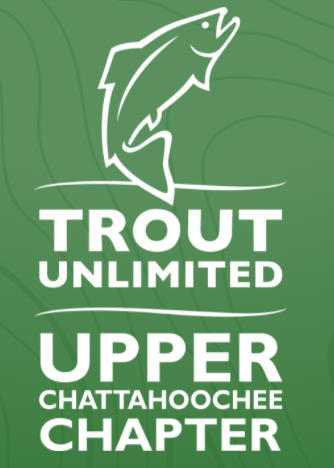 Environmental Education
The Main Street Academy's 2nd annual Trout in the Classroom program for 7th grade scholars in now underway. TMSA received the rainbow trout eggs on February 17, 2021. The eggs originated from a hatchery located in Washington state and were shipped overnight via FedEx to representative Jim Byrd with the Upper Chattahoochee Chapter of Trout Unlimited (Jim is pictured below with Principal Parker). The organization promotes "conserving, protecting and restoring Georgia's trout cold water fisheries and their watersheds."
Seventh grade TMSA scholars participating in this year's Trout in the Classroom program, coordinated by TMSA's 7th grade Life Science teacher Ms. Jenkins, plan to raise the trout for several weeks after hatching until they are large enough to release into the Chattahoochee River. The Chattahoochee River is one of the southernmost rivers in the United States that is cold enough to support a healthy rainbow trout population.
Ms. Jenkins states, "Hopefully, if all goes well, we can release the fish in late April or early May. We plan to hold out as long as we can so the fish can grow and develop enough to maximize their odds of survival in the wild. Long range, the goal is to link our classroom experience to the community at large by partnering with the Flint Riverkeeper and Adopt-A-Stream Georgia, where students can practice their knowledge and contribute to the surrounding community at large."
The 7th graders will monitor the growth and development of the trout, as well as learn about their life cycle, physical characteristics, associated food chain, and habitat requirements. They will also tie in water quality, watershed, and conservation concerns.
As of February 18, 2021, two rainbow trout have hatched and they are affectionately named Alpha and Parker (Principal Parker's namesake).
Enclosed is an informational overview sheet that explains the life stages of the rainbow trout.